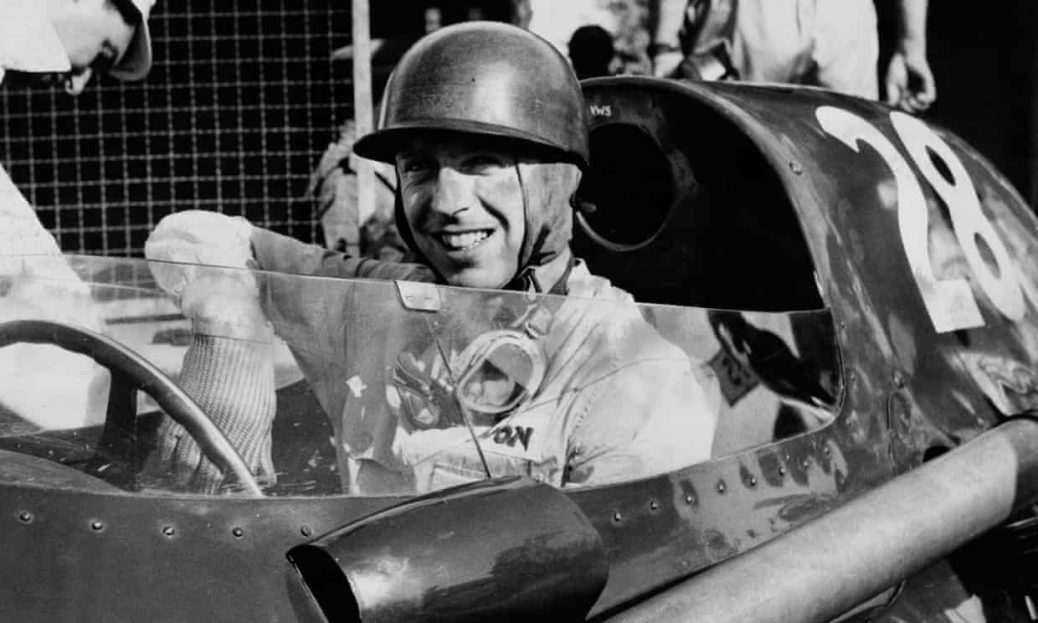 The Gran Premio di Siracusa was not a world championship race, and the field was not of the highest quality, but to beat the Italian teams – and particularly the mighty Maseratis – on their home ground with his humble Connaught was a noteworthy feat, particularly since he had never taken the wheel of a Formula One car before the previous day’s practice session. He went on to win six world championship grands prix – and in 1959, while driving for the team of Enzo Ferrari, he came close to capturing the drivers’ championship itself. When Moss’s Vanwall began to misfire, they swapped cars and Moss drove Brooks’s healthy machine on to a famous victory. Moss was the team’s No 1 driver, with the right to pick the best equipment, and he went on to victories at Pescara and Monza that year, while Brooks had to be content with a win for Aston Martin in the Nürburgring 1000km, co-driving with Noel Cunningham-Reid. Tony Brooks (Charles Anthony Standish Brooks), racing driver, born 25 February 1932; died 3 May 2022.