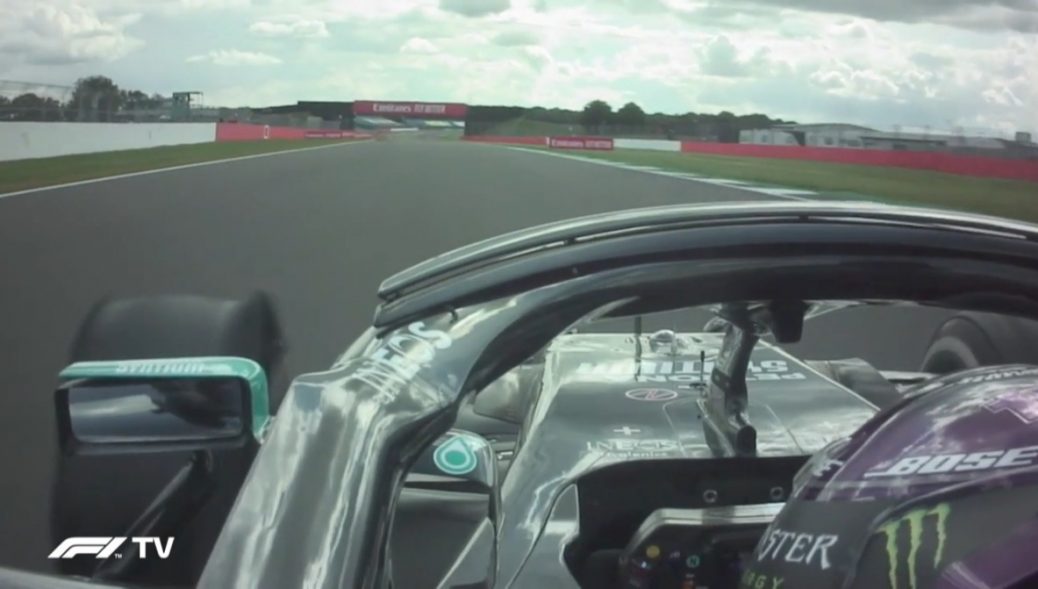 LEWIS HAMILTON kept his cool in remarkable fashion as he drove to victory in the British Grand Prix on three wheels. Footage from on-board the world championship leader’s car shows the moment his front-left tyre burst on the final lap. Hamilton’s car is, at first, a picture of tranquility around the empty Silverstone while others fell away in the demanding race. Engineer Pete ‘Bono’ Bonnington tells Hamilton: “Please don’t go for the fastest lap, we just need to get the car home. Such is Hamilton’s confidence in piloting the F1 three-wheeler, he decides against Bono’s calls to stop the car on track and gently rides back to the pits.