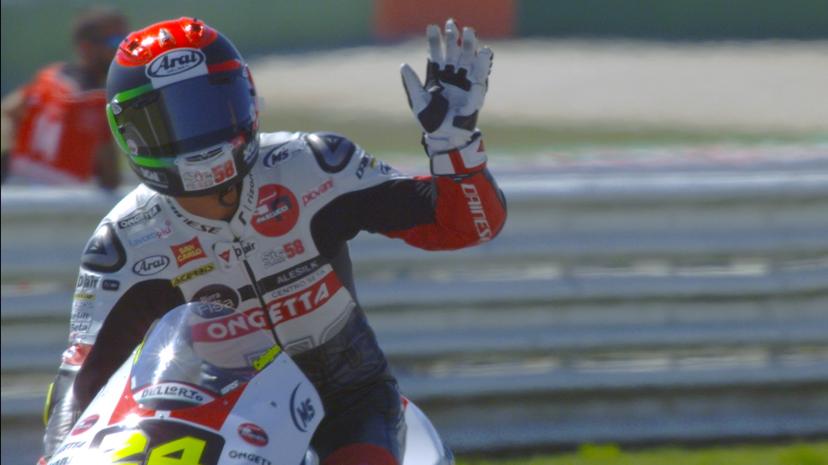 Honda Team Asia’s Kaito Toba kicked off race day at the Grand Prix Octo di San Marino e della Riviera di Rimini by ending Moto3™ warm-up as fastest ahead of Albert Arenas (Sama Qatar Angel Nieto Team) and World Championship leader Lorenzo Dalla Porta (Leopard Racing).
The Japanese rider just over a hundredth of a second clear of the Spaniard in second as the top 24 riders were covered by under nine-tenths of a second, strongly suggesting that we look like being treated to another lightweight class classic at the Misano World Circuit Marco Simoncelli this afternoon.
Sic58 Squadra Corse’s Tatsuki Suzuki will start from a debut pole position later and ended warm-up 19th fastest.