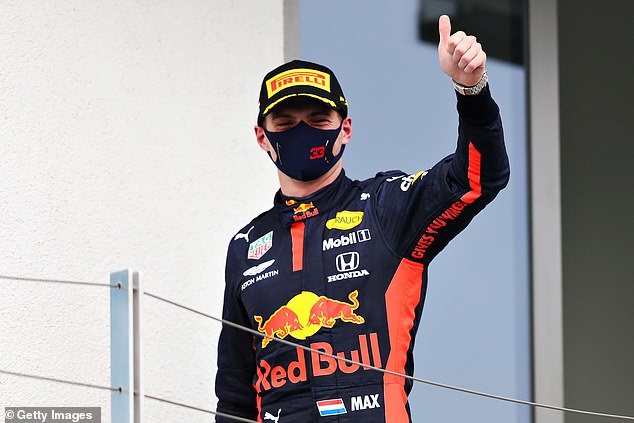 ‘To be second feels like a victory’: Max Verstappen mechanics pull off a miracle as Red Bull driver manages to finish on the podium at the Hungarian GP despite breaking his front wing after crashing into the barriers 20 minutes before the race

Max Verstappen thought his race was over before it had started when he crashed on the way to the grid. His Red Bull aquaplaned on the wet, greasy track and skewed into a hoarding, knocking off the front wing and damaging the suspension. Verstappen gamely steered the broken car to its grid place before handing over to his mechanics. Max Verstappen revealed his delight at finishing second in Hungarian GP after pre-race crash. The Red Bull driver slid into the barriers 20 minutes before the race start losing his front wing. ‘To be second is like a victory,’ said Verstappen after making it to the podium.