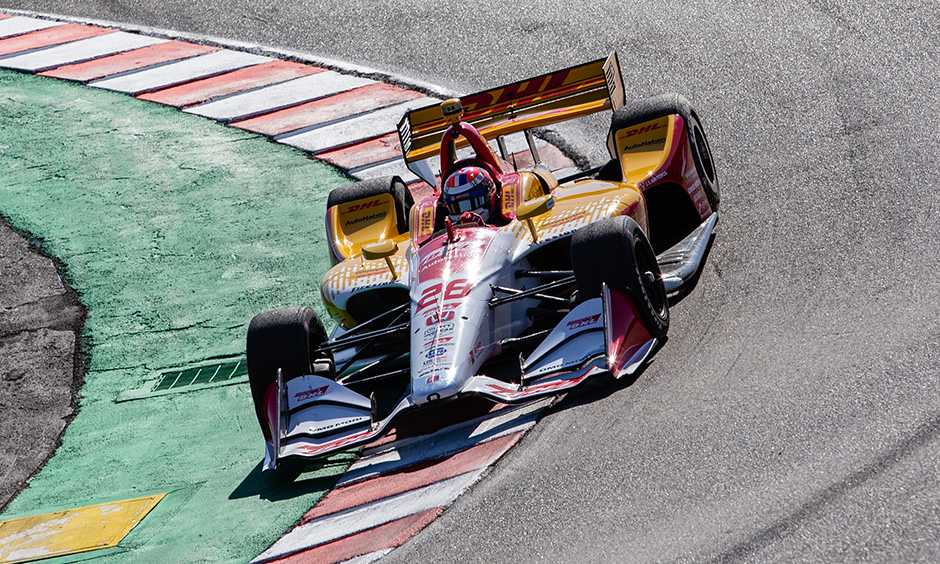 In Thursday’s six-hour open test at WeatherTech Raceway Laguna Seca in preparation for this weekend’s Firestone Grand Prix of Monterey, 2012 series champion Ryan Hunter-Reay (No. 28 DHL Honda) did something uncommon in INDYCAR switched cars with Rossi to explore different setup options.
Hunter-Reay drove seven laps in Rossi’s car, Rossi made five circuits in Hunter-Reay’s car (shown above).
Hunter-Reay said the best thing he can do for Rossi in Sunday’s 90-lap race is to take points away from Newgarden, the series leader, and he is certainly capable of that.