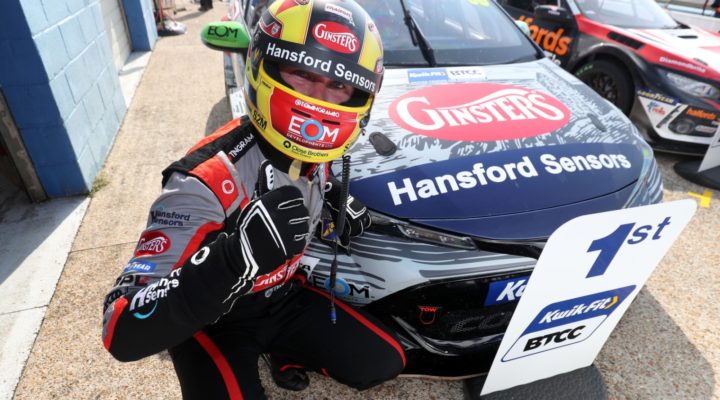 Toyota Gazoo Racing UK with Ginsters’ Tom Ingram took his first Kwik Fit British Touring Car Championship victory of the season with a faultless display in the opening contest at Thruxton, whilst standings leader Colin Turkington failed to score for the first time this season as the title race took a significant twist. Cammish pressured Ingram throughout the race with the Honda Civic Type R quicker towards the end of each lap, whilst the Toyota pulled clear in the early sectors. Race two gets underway at 1435 before the finale commences at 1725 – all the action and support series’ races are LIVE right now on ITV2. Tom Ingram said: “Dan had me on the edge of my seat as much as the car did to be perfectly honest, she was a bit lively in the lap few laps. “I think it’s going to be lively races all afternoon.”. Of course, it’s disappointing to start on pole and not win the race but great points and we go again for the next one.”.