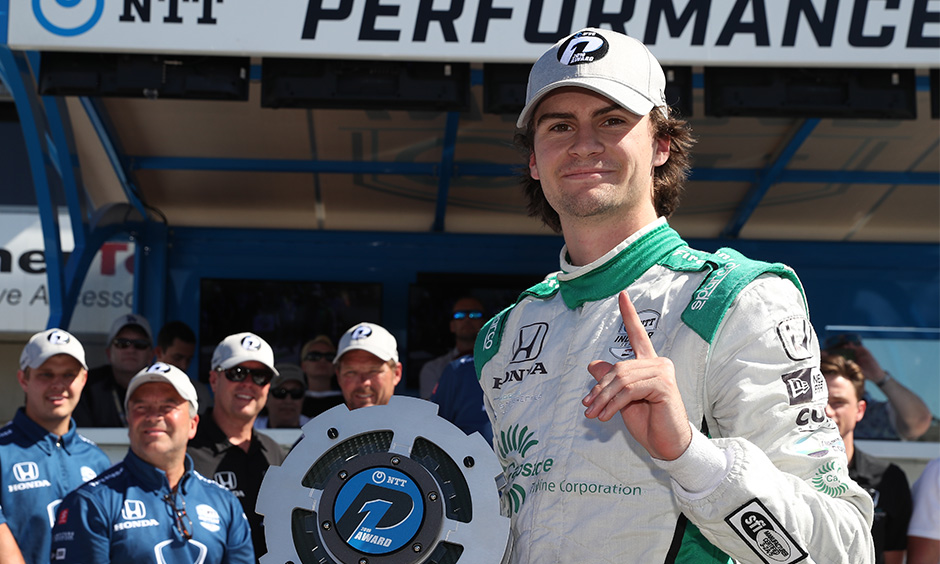 Herta, who is bidding for the sport’s rookie-of-the-year award, won his third pole of the NTT IndyCar Series season for Harding Steinbrenner Racing and will lead the 24-car field to the green flag for Sunday’s Firestone Grand Prix of Monterey.
Herta (No. 88 Capstone Turbine Honda) scored the bonus point for winning the pole, which could be valuable.
Chasing Herta in the rookie-of-the-year battle will be Dale Coyne Racing’s Santino Ferrucci (No. 19 Cly-Del Manufacturing Honda) and Chip Ganassi Racing’s Felix Rosenqvist (No. 10 NTT DATA Honda).
Herta is 49 points in arrears of the Swede for the rookie title.