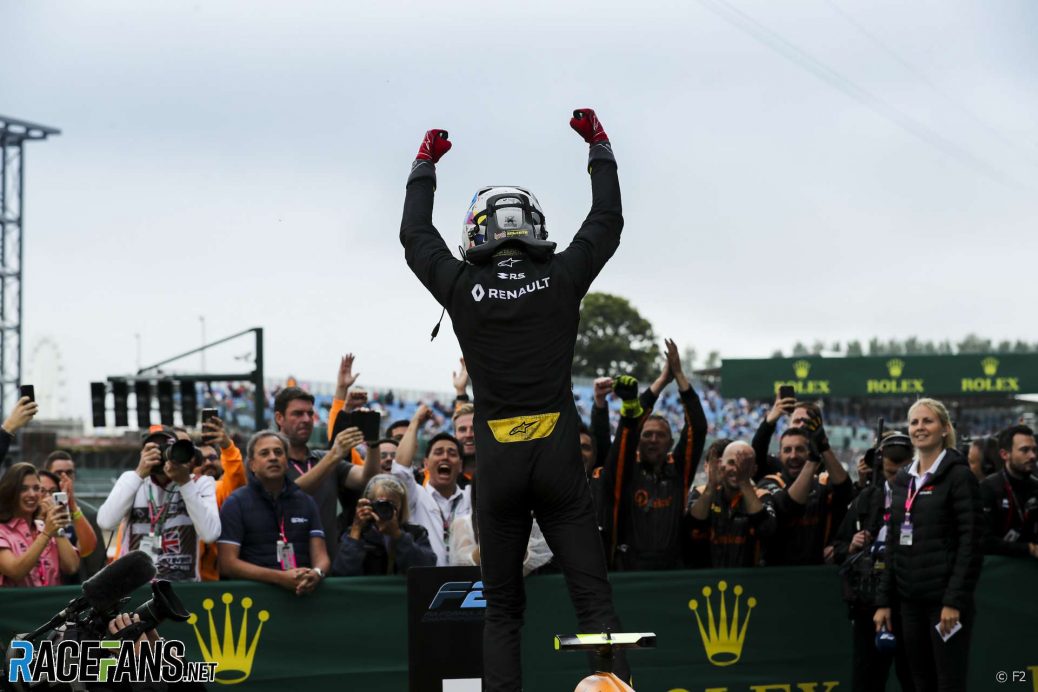 Title fight closes up as Ghiotto and Aitken win | Formula 2

The Formula 2 championship fight closed up at Silverstone as series leader Nyck de Vries added just 18 points to his tally, allowing several of his rivals to close in.
In race two Ilott immediately lost the advantage from his partial-reverse grid pole to Deletraz, De Vries and Aitken.
While light rain made conditions challenging for the drivers, Aitken closed on leader Deletraz.
With 10 races left, De Vries holds a 31-point lead over Latifi, while another 34 points cover Ghiotto, Sergio Sette Camara, Aitken and Zhou behind him.