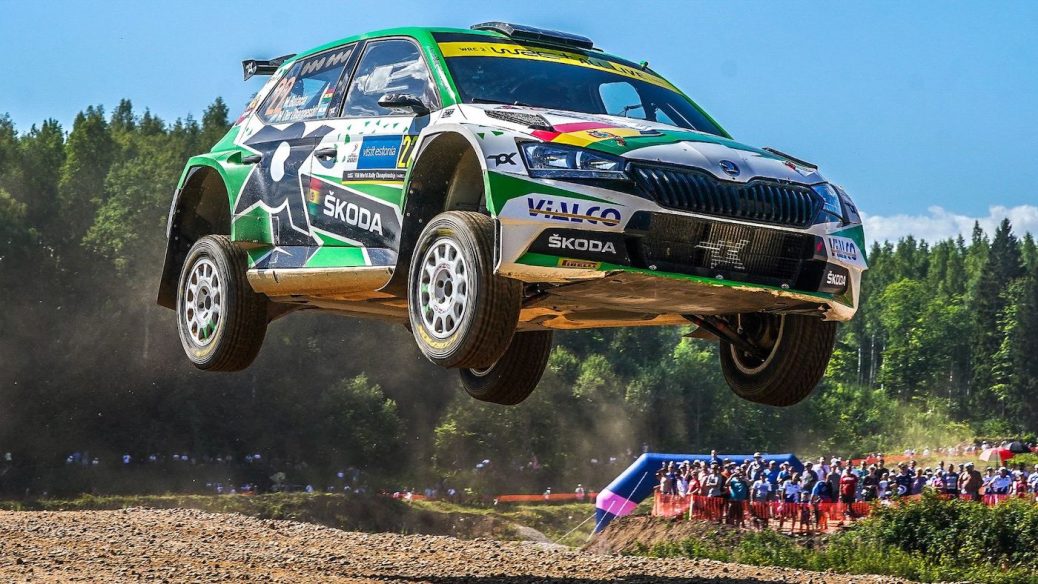 Marco Bulacia has talked of the confidence a Rally Estonia podium has given him in the battle for this year’s WRC2 title. The Bolivian’s second podium of the season leaves him just 16 points behind Norwegian Mikkelsen and five down on second placed Mads Østberg.Reflecting on his fifth start of the season, Bulacia said: “We have shown good pace here, winning stages and then missing out on maximum Power Stage points by just four tenths [of a second]. I’m happy with the podium and the points for the championship.”. It was a good fight – but a shame that he went off just before the Power Stage. I have beaten these big boys on some stages, so I’m very happy with this.