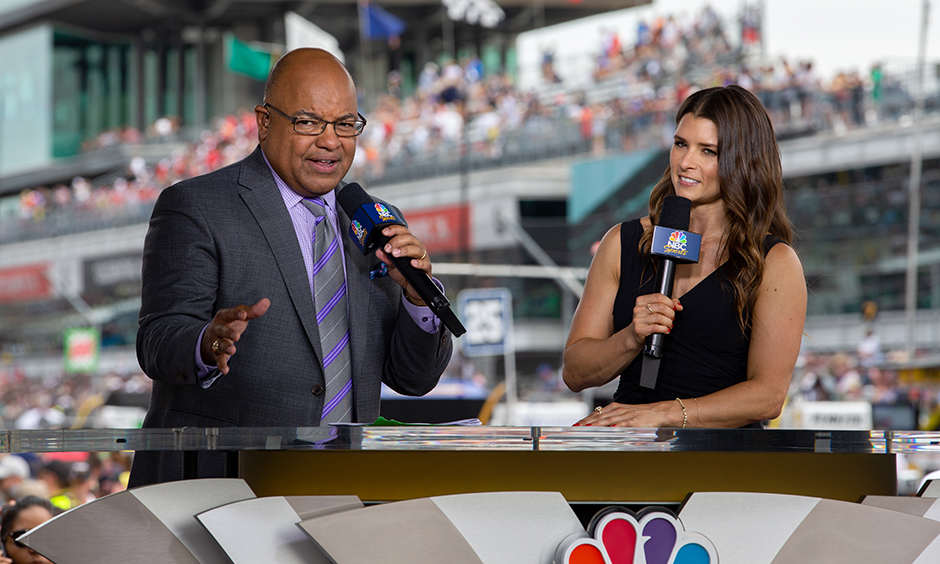 The Race Day telecast on NBC starts at 11 a.m. (ET). In the fall, he will begin his first season as play-by-play voice for NBC Sports’ “Sunday Night Football.” Patrick, one of motorsports’ most popular personalities, is a former INDYCAR SERIES and NASCAR driver who became the first woman to lead laps and earn a top-five finish in the Indianapolis 500, in 2005. Dale Earnhardt Jr., one of racing’s most popular personalities and an NBC Sports motorsports analyst, will contribute to pre-race coverage alongside motorsports reporter Rutledge Wood. For the fourth consecutive year, NBC Sports’ lead INDYCAR play-by-play voice Leigh Diffey and analyst Townsend Bell will call the race from the booth, joined this year for the first time by former Indianapolis 500 pole winner and fan favorite James Hinchcliffe.