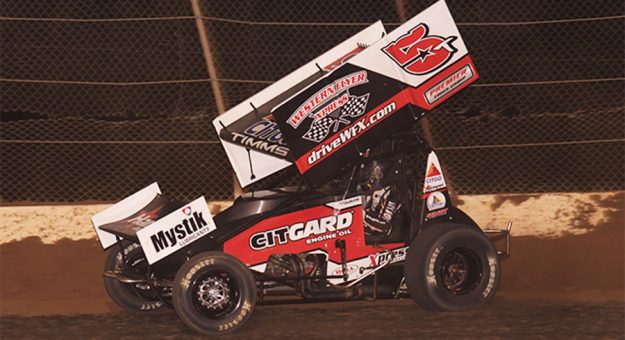 BELLEVILLE, Ill. — Ryan Timms logged the first Lucas Oil POWRi 410 Wing Outlaw Sprint League feature victory in a thrilling 25-lap event at Lake Ozark Speedway. Flying onto the smooth track for the league’s debut, Brady Bacon entered alongside twenty other competitors. Bacon battled front-row companion Timms as the green flag waved, racing him into the first pair of corners and coming out with the early advantage. Timms held steady for the remainder of the feature event, emerging victorious in the debut of the POWRi 410-Wing Outlaw Sprint League. “This is cool, I didn’t know it was the first time for POWRi running the 410’s but it makes it even more special; I hope this is the sign of more to come,” said a celebratory Timms in the Lake Ozark Speedway Victory Lane.