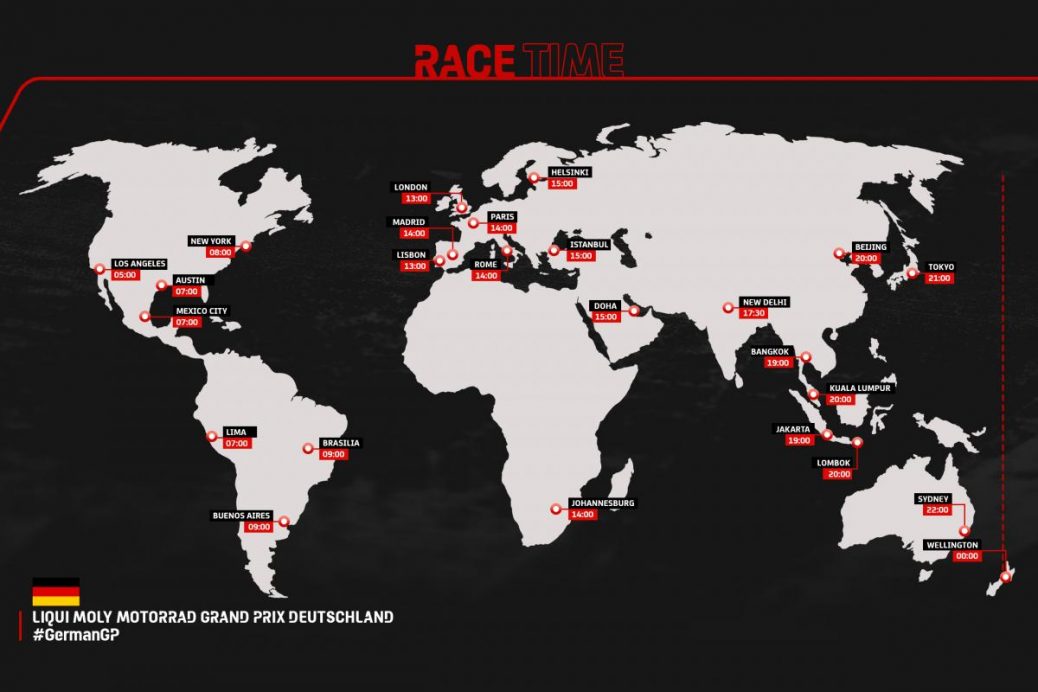 Round 10 of the MotoGP™ season takes us to the Liqui Moly Motorrad Grand Prix Deutschland where, due to the absence of Marc Marquez (Repsol Honda Team), we’ll crown a new premier class winner for the first time in eight years at the Sachsenring. For the first time in the last eight years, we’ll crown a new premier class winner at the German GP. The first MotoGP™ session of the weekend kicks off at 09:55 with FP1, with the premier class getting FP2 underway at 14:10. Saturday’s morning action follows the same pattern as Friday morning before qualifying begins at 12:35 with Moto3™ Q1. MotoGP™ qualifying starts at 14:10 with Q1, Q2 gets going at 14:35 and Moto2™ qualifying gets going at 15:10. Then, in front of a sell-out German GP crowd, it will be time for race day.