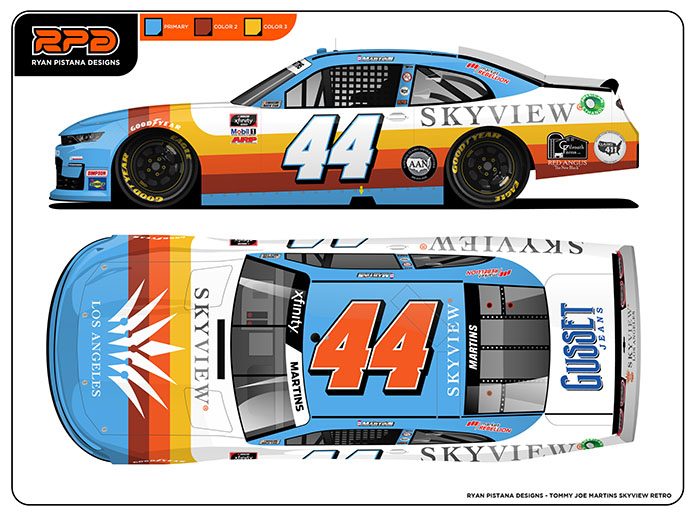 WAYZATA, Minn. – SkyView Partners, an investment banking and financing solutions firm dedicated exclusively to supporting the growth of independent and registered investment advisors, will sponsor driver Tommy Joe Martins this Saturday during the NASCAR Xfinity Series event at Road America. In conjunction with Martins Motorsports, SkyView has unveiled throwback design for Martin’s car, representative of NASCAR in the late 1960s and 1970s. The design also coincides with the recent opening of SkyView’s new West Coast office in Los Angeles, Calif. Martins has competed at the national NASCAR series level since 2009. Currently, he is in his fourth season competing in the NASCAR Xfinity Series, moving to the No. SkyView’s backing of Martins this year marks their inaugural sponsorship in the NASCAR Xfinity Series.