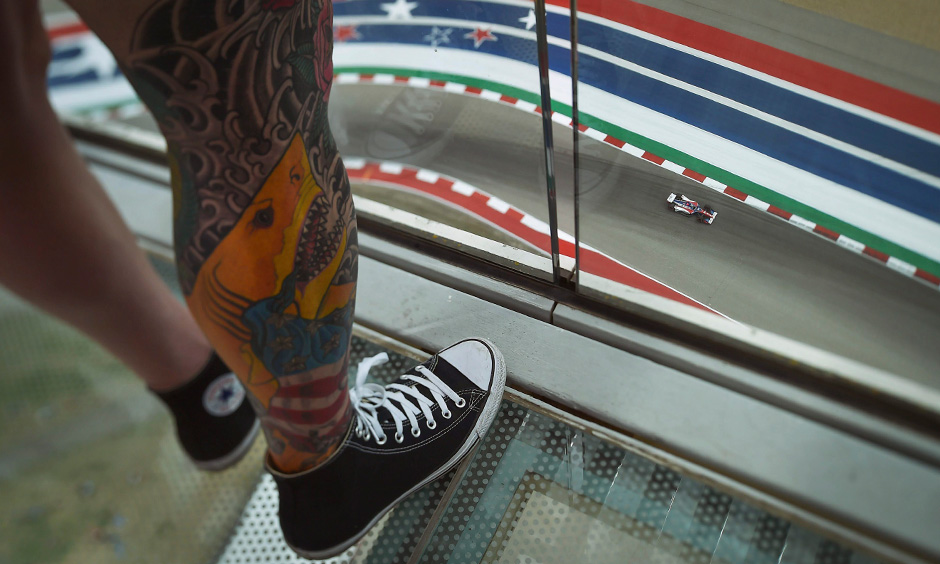 As illustrated by this Chris Owens photograph, Through the Lens shows that INDYCAR’s inaugural race at Circuit of The Americas offered a new perspective of viewing NTT IndyCar Series action.
Whether it was from atop the massive tower or by sitting on the hill at Turn 1, the views with red, white and blue accents were spectacular.
Rookie driver Colton Herta and his Harding Steinbrenner Racing team also delivered a spectacular ending to the race.
In winning the INDYCAR Classic, Herta became the youngest race winner in Indy car history.
The NTT IndyCar Series returns to the Austin, Texas road course April 24-26, 2020.