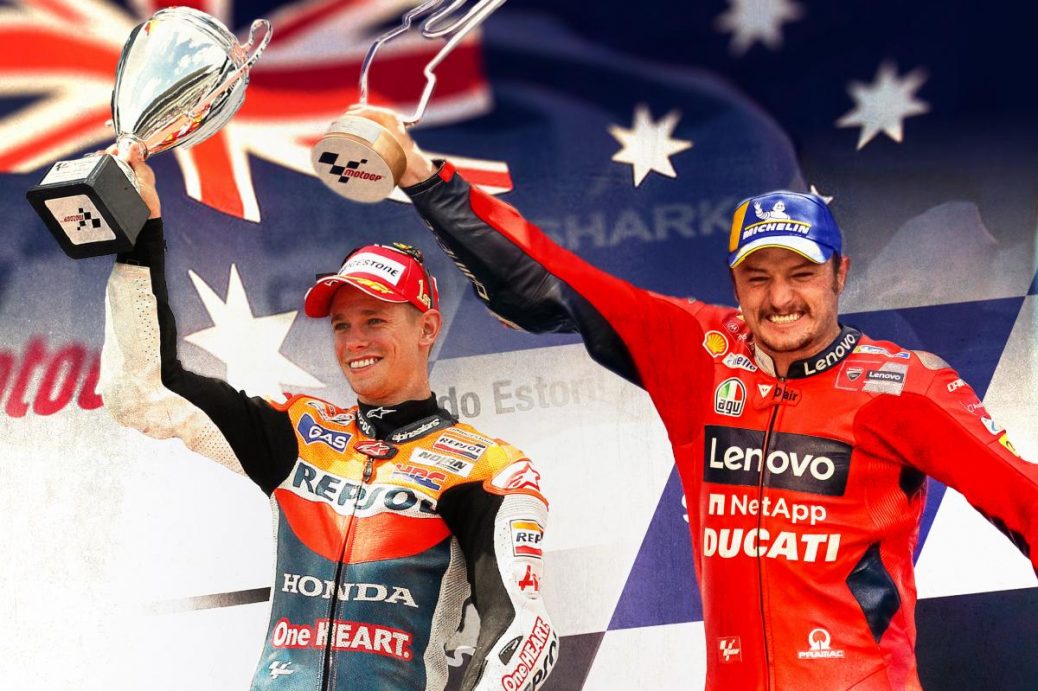 As the saying goes: you wait for ages for a bus and then two come along at once. In a dry qualifying, Miller stuck it on the front row for the second race in succession. And it was a victory that sees Miller do something no other Australian has done since 2012. Just three races into his life as a factory Ducati rider, Miller was at rock bottom. Miller’s Assen 2016 heroics in similar conditions to that of Le Mans had become a distant memory for the Aussie, he so badly wanted that win in a fully dry race with Ducati. Ducati believed in him, his friends and family believed in him, it was time for Miller to believe in himself.