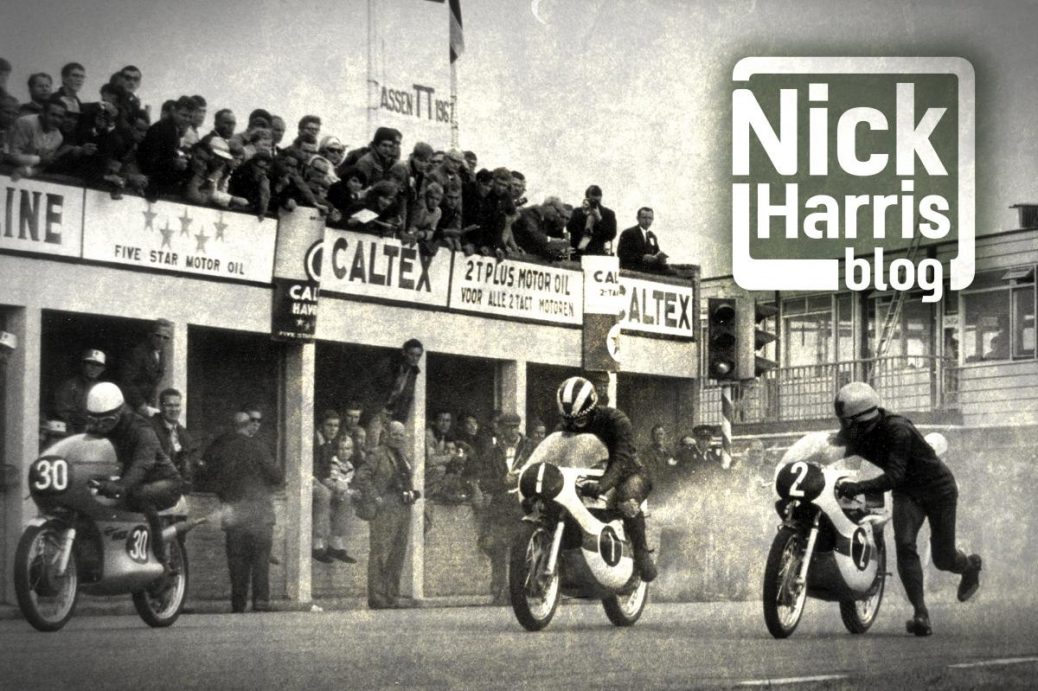 The riders and teams deserve it, but it has not always been the case in the past when fighting for very survival. These lucrative races were between Grands Prix and often during the summer break. Three Grand Prix wins in one day was unheard of even in those days. Mike Hailwood had won three TT races in the Isle of Man in one week, but three in one day was a record-breaker. In all, Hailwood had raced in a single day to three wins over 57 laps of the 7.7km Assen circuit. At the start of the World Championship races were longer than today, a lot longer. The last rider to win two Grands Prix in one day was Jorge Martinez in 1988.