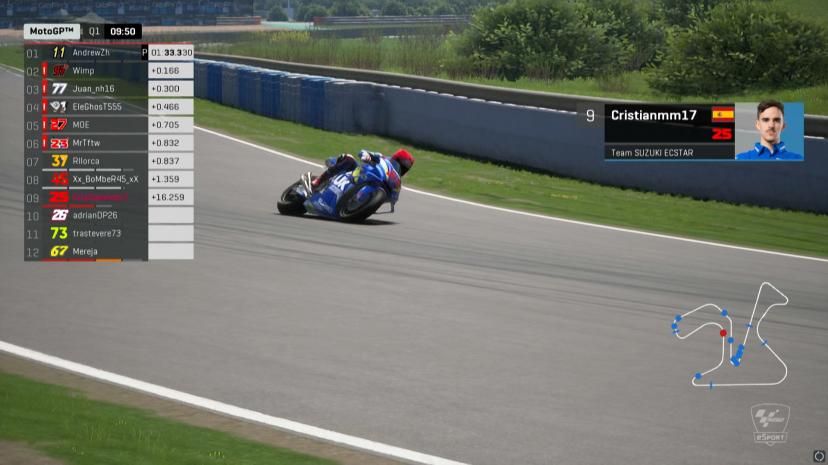 The 2019 MotoGP™ eSport Championship finale couldn’t be more beautifully poised as the three main title contenders qualified in the top four places for the year’s final race at the Circuito de Jerez – Angel Nieto.
As well as digital coverage, as many as 15 selected TV networks will broadcast the last event of the season – with the finale currently set to be shown by DAZN in Spain, Sky in Italy, BT Sport in the UK, Trans7 in Indonesia, FOX Australia, ESPN across Spanish-speaking Latin America, Sony Sports India, OTE in Greece, MTV3 in Finland, RTBF in Belgium, Viasat across Scandinavia, RTS in Switzerland, SuperSport in South African, and Sportklub in Bosnia, Serbia, Montenegro and Croatia.