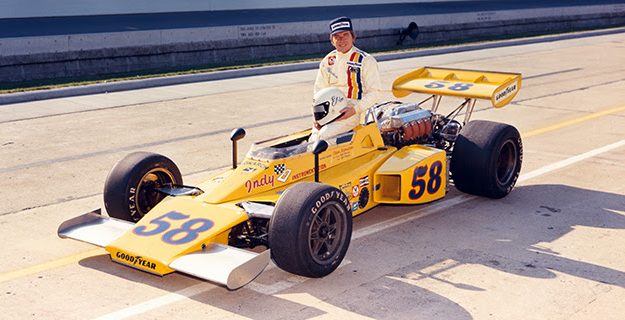 INDIANAPOLIS — Eldon Rasmussen, a Canadian driver who made three starts in the Indianapolis 500, died June 5. His best start was 32nd in 1975 and ’77, with a best finish of 13th in 1977 in the No. 58 Rent-a-Racer, Inc. entry that featured a “Ras-car” chassis he built with his considerable fabrication skills. In the 1975 race, Rasmussen was involved in one of the most dramatic accidents in Indianapolis 500 history. Rasmussen started racing on dirt tracks in Southern Alberta, including making more than 600 starts in the touring CAMRA series. Rasmussen designed and built some of the first wings for Indianapolis 500 cars and created innovative rear wings for NHRA Top Fuel dragsters.