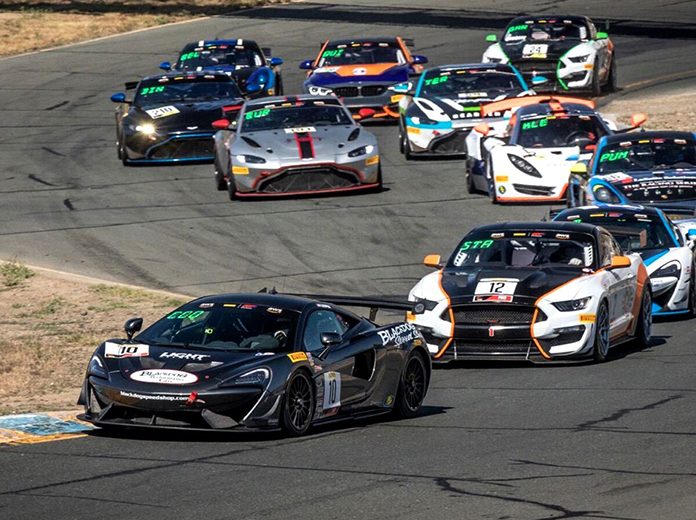 SONOMA, Calif. – Michael Cooper completed a weekend sweep in Pirelli GT4 America Sprint competition Sunday at Sonoma Raceway by scoring his third victory in as many days. At the green flag, Drew Staveley would slot into second with Jarrett Andretti leaping past Spencer Pumpelly for third overall. Pumpelly would immediately catch up to Staveley and begin to stalk the Mustang for the second. Pumpelly would gap Staveley as Cooper extended his lead to over 4 seconds. Jason Bell would remain third in class, seven seconds ahead of Terry. At the same time Michael Dinan would get his car into fifth in class, now 1.5 seconds behind Terry. As the checkered flag waved Cooper would take his third win of the weekend with Spencer Pumpelly coming home second and Drew Staveley third. Jeff Burton would cruise to the Am class win with Jason Bell finishing second and Sean Quinlan third.