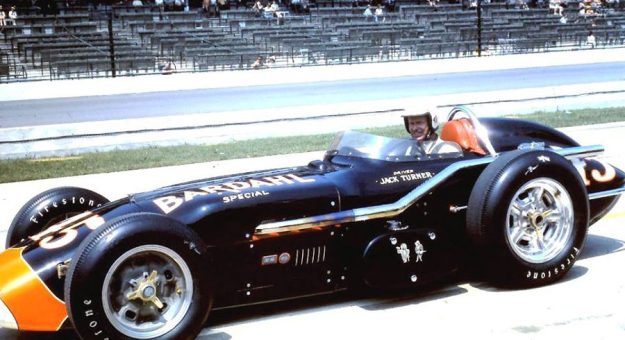 Bandaged and splinted, his body monitored and supported by tubes and wires while confined to an Indianapolis Hospital in 1963, Jack Turner wryly remarked to an Indianapolis Times reporter, “Maybe it’s time to quit this job, looks like somebody is trying to tell me something.”. It was the third consecutive year that Turner had dramatically flipped and rolled down the frontstretch at Indianapolis Motor Speedway. In 1962, Turner repeated his 1961 main straight performance with a series of flips and rolls after getting caught up in a four-car melee 17 laps into the race. It’s a shame his legacy is defined by those accidents, for in fact, Turner was an accomplished race car driver. During a midget race at the Cincinnati Race Bowl, Johnny Key flipped and was tossed from his car. The success Turner achieved in the Midwest earned him a chance to test his ability at Indianapolis.