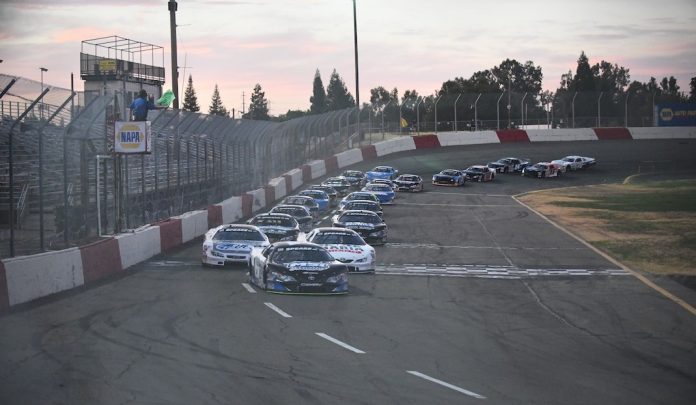 ROSEVILLE, Calif. — Derek Thorn looks to continue his dominance in the SPEARS SRL Southwest Tour as it returns to action Saturday night at All American Speedway. Thorn added his fourth victory in the season’s six races when the series visited the third-mile asphalt track on Aug. 16. Thorn holds a 132-point championship lead over Linny White in his hunt for his series’ record fifth title. Thorn won the August visit in dramatic style, spinning late in the event and charging through the field to take the lead with seven laps remaining. The SPEARS Southwest Tour Series event can be seen on SpearsRacing.TV, with all NASCAR Weekly Series divisions shown by AllAmericanSpeedway.TV.