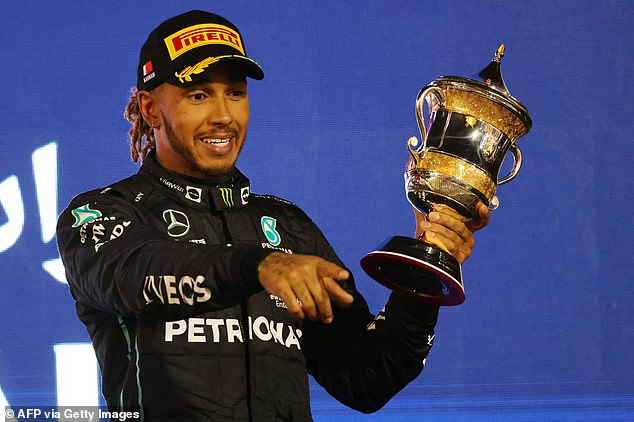 ‘This is the best result we could have got’: Lewis Hamilton says that more is to come from Mercedes with upgrades on the way after he snatches third place at the Bahrain GP following ‘unfortunate’ Red Bull implosion

Lewis Hamilton said that his third place finish at the Bahrain Grand Prix was ‘the best result we could have got’ and hinted that upgrades to both Mercedes cars are on the way. ‘I think it was such a difficult race, we struggled through practice,’ Hamilton said. ‘This is really the best result we could have got, of course it was unfortunate for the other two drivers (Verstappen and Perez) but we did the best we could and got the points.’. When asked whether there would be upgrades on Mercedes’ cars in the coming weeks, Hamilton was optimistic. ‘I’m happy to see them doing well again,’ Hamilton said.