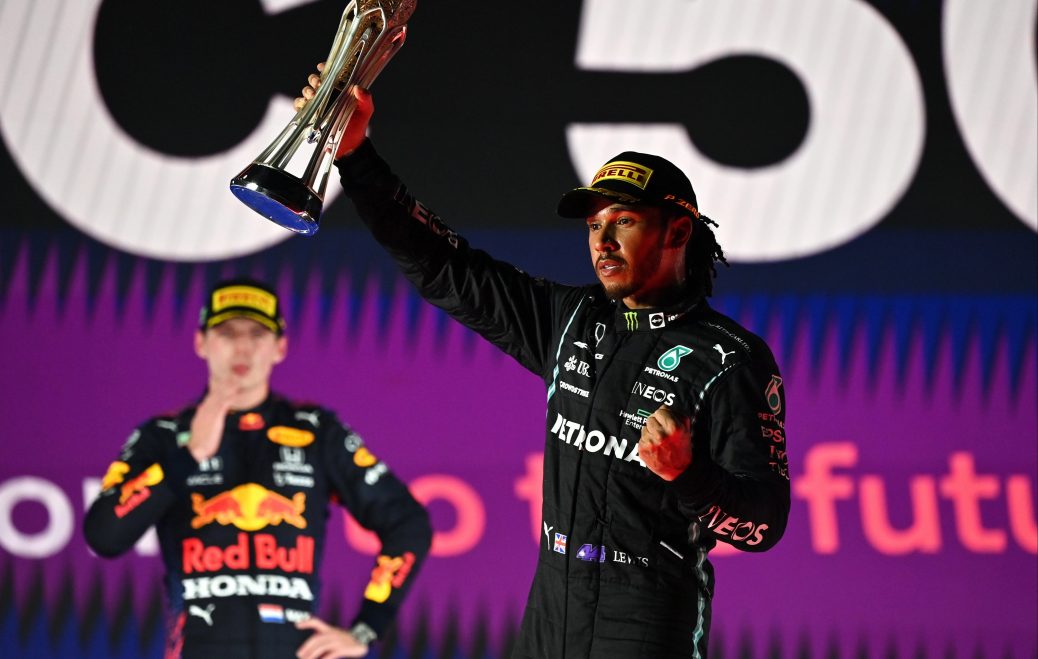 LEWIS HAMILTON labelled title rival Max Verstappen ‘f***ing crazy’ after crashing into the back of him during a remarkable Saudi Arabian Grand Prix. Verstappen, who had already been given a five-second penalty for leaving the track earlier in the race, had been informed he needed to give the lead back to Hamilton following a decision from the stewards. Speaking during the race, Hamilton said: “This guy is f***ing crazy, man. When asked about the incident, Verstappen responded: “I slowed down, I wanted to let him by. Hamilton and Verstappen have previously collided at the British and Italian Grands Prix. The pair now head to Abu Dhabi level on points, with Verstappen leading only by virtue of having won more races – nine to Hamilton’s eight.