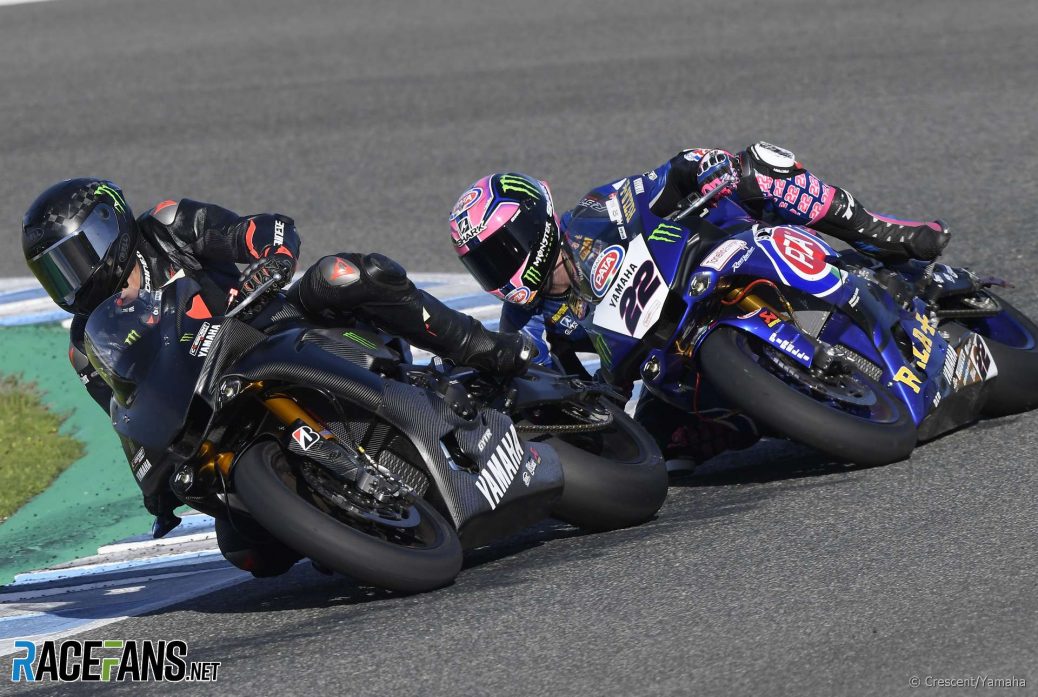 Paul Denning, team principal of Crescent Racing which operates the Yamaha squad and a former rider, said Hamilton showed real talent.
“This bloke can really ride,” Denning wrote on social media.
Team rider Alex Lowes said the five-times Formula 1 world champion was “very quick and impressive” on a bike.
“Top bloke and genuine two-wheel fan.”
Hamilton made a brief mention of the test on his social media accounts, saying he had a “sick couple of days in Jerez”.
Andrew Johnston, team owner of ASJ Racing which competes in the National Superstock 1000 series, said Hamilton had previously expressed an interest in riding one of the bikes.