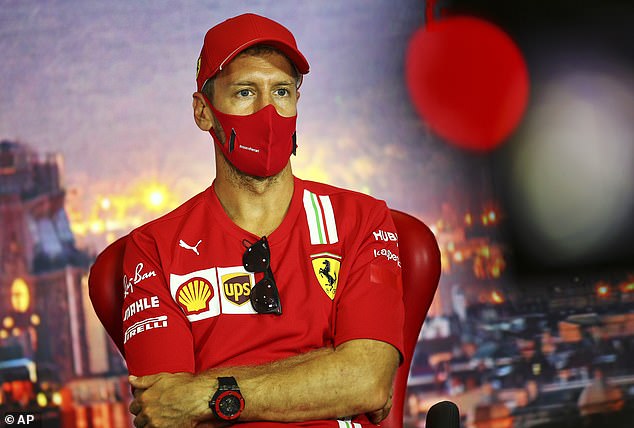 ‘There are some things I really can’t put an answer to’: Sebastian Vettel can’t explain Ferrari issues after he fails to reach Q3 again and qualifies for the Spanish Grand Prix in 11th position

Sebastian Vettel’s miserable start to the 2020 season continued as the four-time world-champion qualified in 11th position for Sunday’s Spanish Grand Prix. Ferrari changed Vettel’s chassis ahead of the weekend as they looked to ease his recent struggles with the SF1000. Sebastian Vettel failed to make it out of Q2 and will start 11th for the Spanish Grand Prix. On-board footage of Vettel during the qualifying session saw him wrestling with his Ferrari car, which is considerably slower than the car the in which the German lined up third on the grid at the same race last season. Vettel’s future in the sport is uncertain as he is set to leave Ferrari at the end of the year. He is to be replaced by McLaren’s Carlos Sainz, however Vettel’s future in the sport is uncertain.