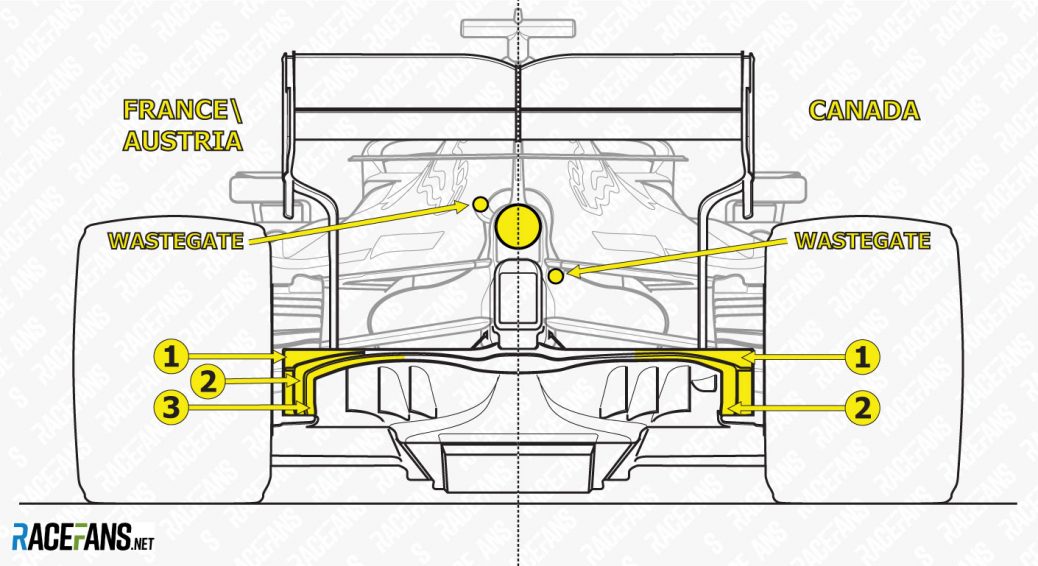 Red Bull and Honda’s development programmes were rewarded last weekend as they became the first team to break Mercedes’ stranglehold on success in 2019.
The Red Bull Ring may well be a power-sensitive track, but this win was by no means a sign that the group at Tochigi have completely closed the gap to Mercedes and Ferrari.
Red Bull brought a new floor with a reworked outer corner to the diffuser, as well as revised turbo wastegate exhausts.
Previously Red Bull sported a two-element vertical flap around its diffuser.
If Red Bull is getting some performance from blowing its exhausts onto the wing, it will be short-lived.