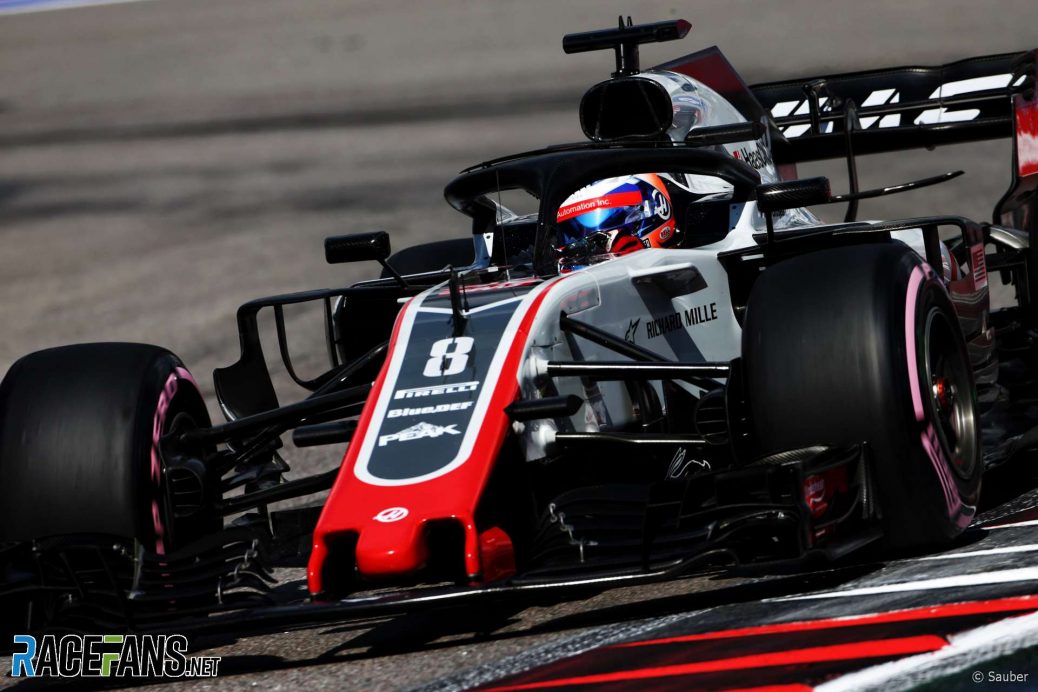 “The races are not fun,” Romain Grosjean explained.
The problem has been worst in races like Singapore, Russia and Mexico where Pirelli brought its softest rubber.
Grosjean said the amount of tyre management drivers have to do on the hyper-soft is extreme.
“We want to be going racing and racing hard and pushing,” said Romain Grosjean.
Romain Grosjean: “I like it when you can push really hard and it’s about challenging yourself.”
Romain Grosjean: “But it’s a bit frustrating to know it could be better.”