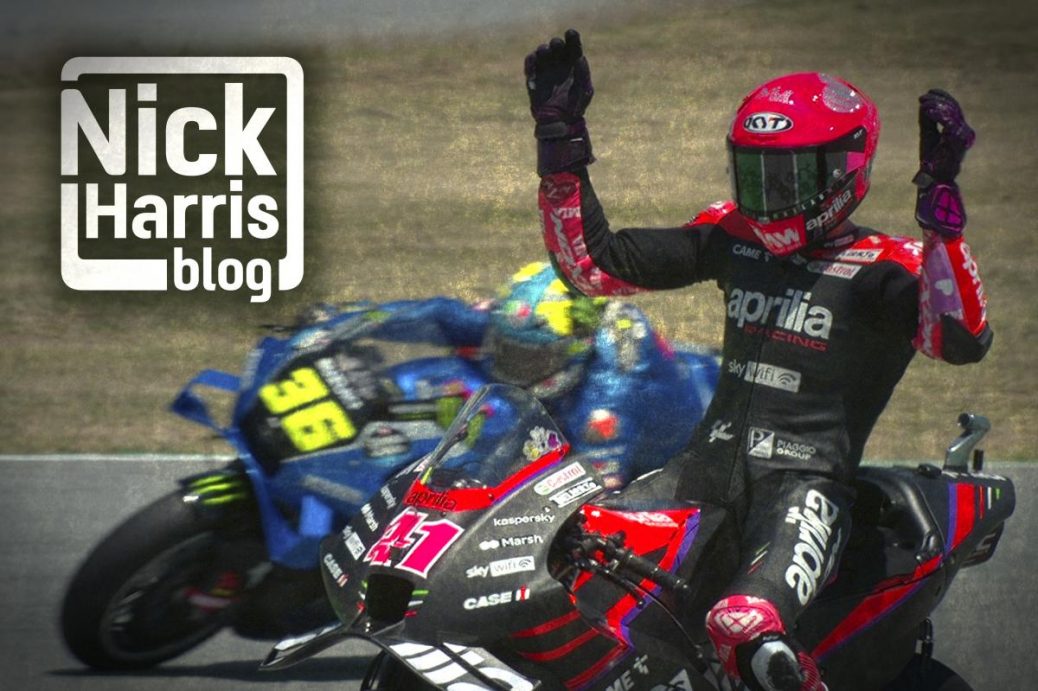 In the modern world of electronics, carbon discs, wings and seamless gearboxes, it’s so refreshing to discover that it’s still the old grey cells that hold the key to success. Julian Simon crossed the line in first place with his arm raised to celebrate victory in the 2009 125cc race, but there was still a lap to go. Like Aleix, he admitted afterwards he’d been watching the lap tower and not his pit board. It was a 28-lap race that played such a vital part in the outcome of the World title. In a three-way battle at the front, former World Champion Kenny Roberts Jr celebrated victory a lap too early. When Marquez raced past at the end of lap ten, I thought I must have run out of fingers and miscalculated but for once it was not me.