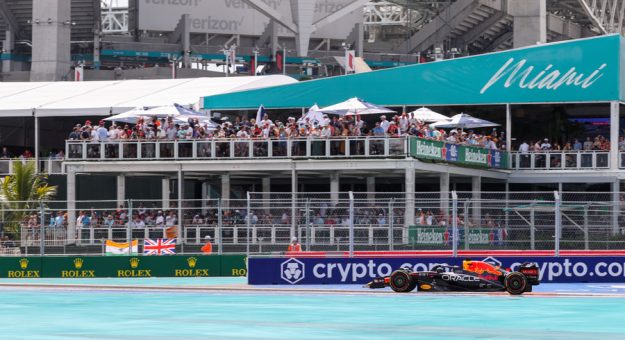 The Numbers Behind F-1 In The U.S.

WILMETTE, Ill. — As racing continues to return toward normalcy, new venues and events are creating positive excitement. In 2019, an agreement in principle was reached with Formula 1 to hold the Miami Grand Prix. Further negotiations reached a 10-year deal with the first race run early last month. The idea was to host the race at Miami’s Hard Rock Stadium, home of the Miami Dolphins. So why Miami, and how did the event come to fruition?. Hard Rock Stadium saw 243,000 fans over three days, with a record of 85,000 on race day. They recently announced they will self-promote the November 2023 race in Las Vegas and bought 39 acres of land for $240 million to serve as race central.