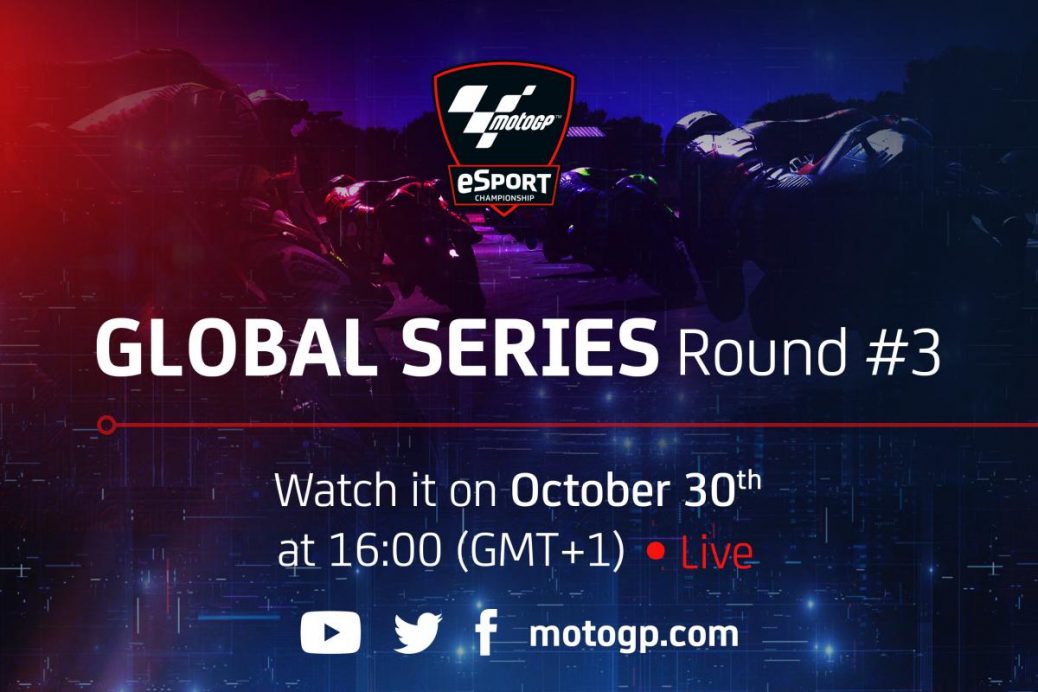 The MotoGP™ eSport returns for Global Series Round #3!

The ever-growing MotoGP™ eSport Championship is passing into its crucial phase in 2020 as eleven finalists prepare for a late-season attack in the third round of the Global Series, due to kick off this Friday 30th October!. Eleven competitors from around the world qualified to compete in the all-important Global Series, a four-round, eight-race championship that determines who walks away with the 2020 MotoGP™ eSport crown. MotoGP™ teams and manufacturers are placing a greater emphasis on the MotoGP™ eSport Championship than ever. As such, each finalist will represent a current MotoGP™ team, meaning factory pride is at stake!. Due to the restrictions placed on the MotoGP™ paddock during the global pandemic, eSport races can no longer be held on site.