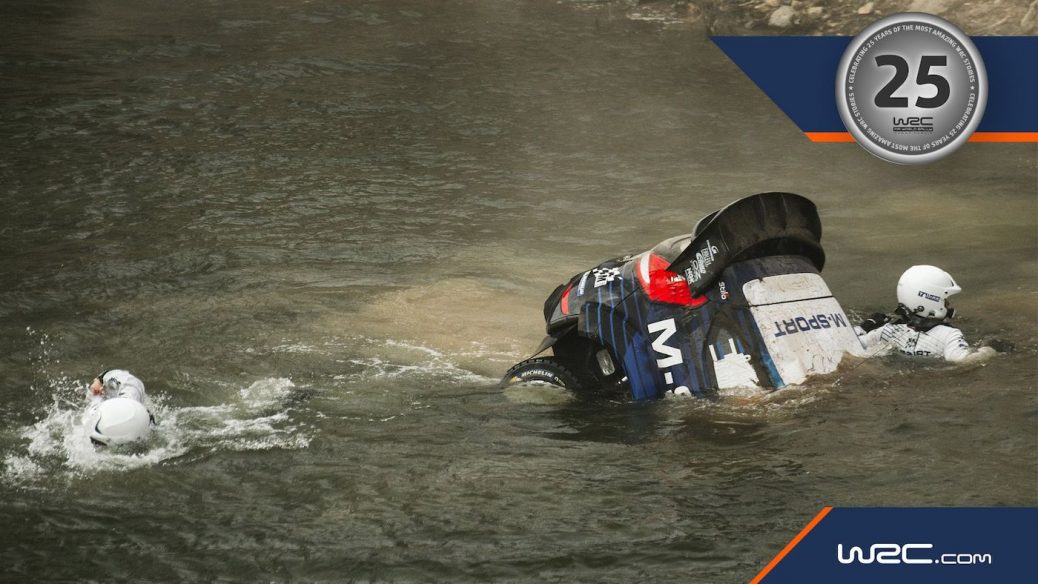 When Ott Tänak and Raigo Mõlder plunged into a Mexican lake in 2015, it was assumed their rally was over. However, M-Sport managing director Malcolm Wilson had other thoughts… Relive one of the most memorable services in the history of the WRC, as M-Sport mechanics achieve the seemingly impossible task of taking what appeared to be a salvage job and putting it back onto the road less than 24 hours later. This article forms part of an ongoing series of 25 stories that look back at the 25 years of the World Rally Car era, that will be published every Friday throughout 2021 on non-rally weeks.