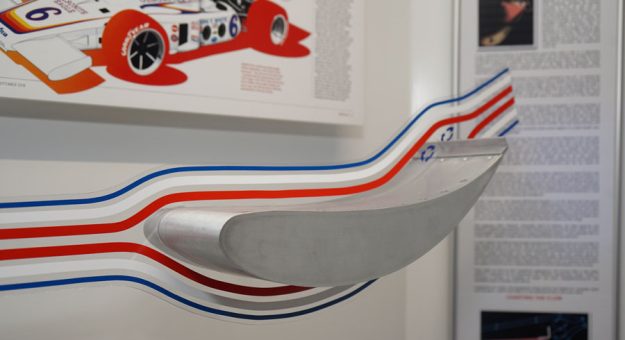 It was 50 years ago when a little strip of aluminum was attached to the trailing edge of the rear wing of Bobby Unser’s Eagle Indy car at Indianapolis Motor Speedway for the 1972 Indianapolis 500. “It was used on the 1971 Eagle, but dad fiddled with it on the Mk IV Le Mans car in 1967,” Justin Gurney explained. Unser and the crew didn’t understand what Gurney was talking about. They put Gurney Flaps on the front wings, and after a  few laps Unser through they had discovered the biggest secret in racing history. “If you say, ‘Gurney Flap,’ people would wonder what it was,” Justin Gurney said. “We can’t discuss any of that,” Justin Gurney said with a smile. But he can certainly speak on behalf of the Gurney Flap, which helped revolutionize racing. In the past, rules allowed teams to change Gurney Flaps during a race.