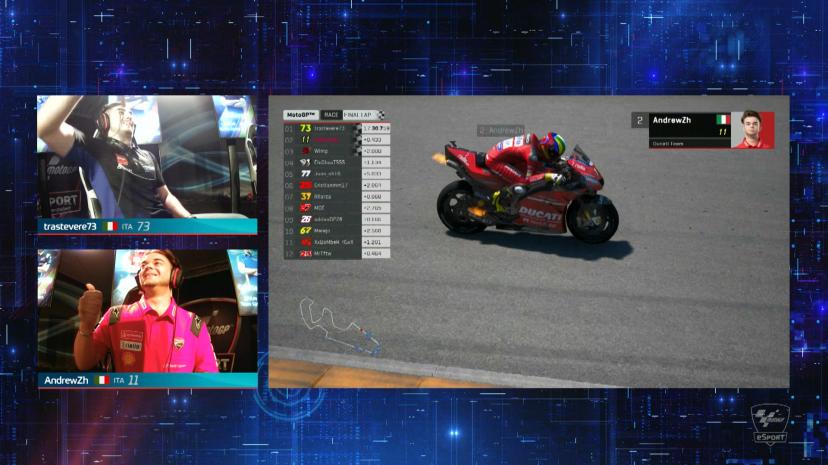 Twelve finalists competing in four races at two rounds, and three different race winners: it’s fair to say the 2019 MotoGP™ eSport Championship has lived up to its billing and brought excitement, drama and surprise in equal measure.
While each has impressed in different races, three gamers – AndrewZh, trastevere73 and Cristianmm17 – are separated by just seven points at the head of the championship table as the final round beckons.
The leading two soon broke clear, however and produced a grandstand finale, with the Ducati Team rider passing his rival before the final turn on the last lap.