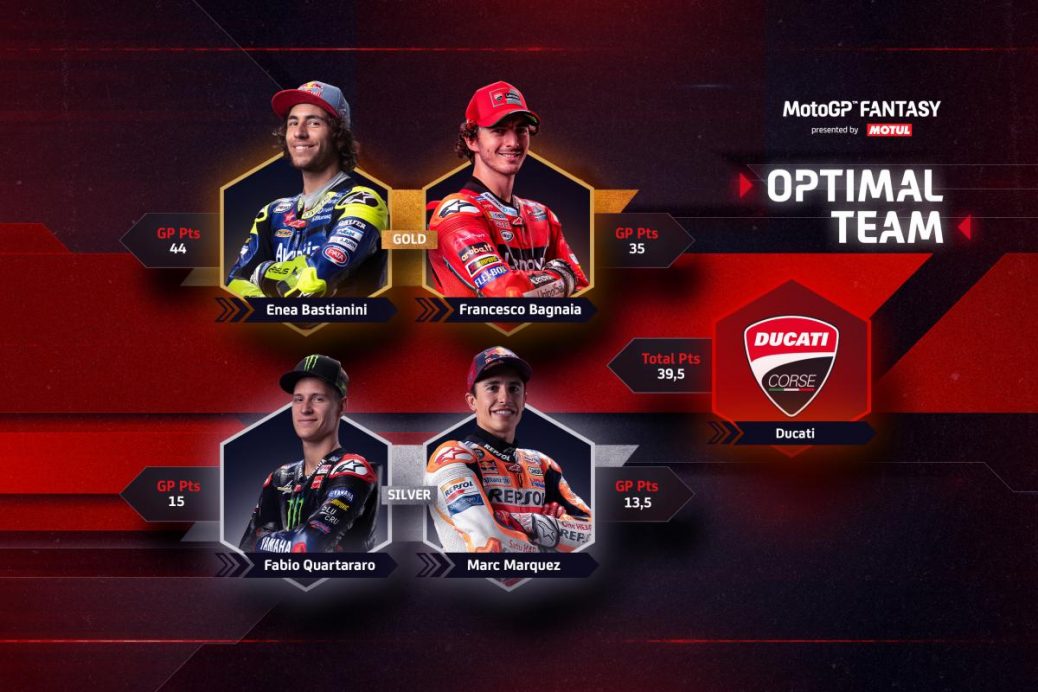 Another thrilling MotoGP™ weekend has been and gone and it was one that saw Enea Bastianini (Avintia Esponsorama, $2m) claim a maiden premier class podium from P12 on the grid, handing the Italian a huge 44 points in MotoGP™ Fantasy. Unsurprisingly, Bastianini was part of the best team you could have had at your disposal at the first of two Misano encounters we’ll see in 2021:. Gold: Enea Bastianini (44)Gold: Francesco Bagnaia (35)Constructor: Ducati (39.5)Silver: Fabio Quartararo (15)Silver: Marc Marquez (13.5). After claiming P2 at Misano, Quartararo remains top of the pile on 399 Fantasy points and is the rider who everyone should have in their teams at this point. The Ducati rookie is now eighth overall on 204 points, just eight behind Marc Marquez.