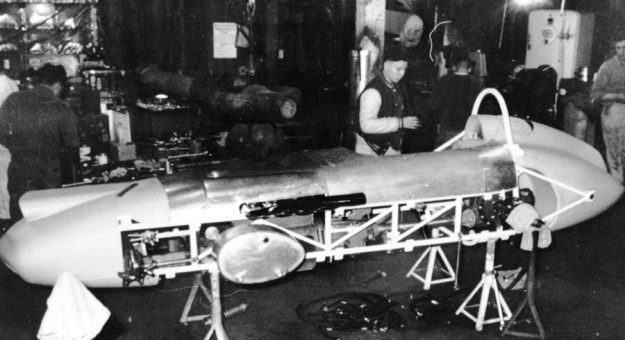 I recently had the pleasure of reminiscing with my uncle, Pete Hurtubise. He recalled fondly those days of working with my dad (Jim), with much emphasis on the 1964 Indianapolis car. Uncle Pete worked alongside dad to design and build the car from the ground up, literally. Uncle Pete painted the car a striking red and George Gruber did the lettering. Uncle Pete said they had to lock Gruber in the barn and give him food and lots of alcohol from time to time to keep him working. Uncle Pete laughed that the more Gruber drank the steadier his hands got. He gave one to dad, and dad bent and riveted it to make the car’s throttle pedal. Uncle Pete said he had a $5,000 check from Goodyear in one hand and a $5,000 check from Firestone in the other. Uncle Pete asked dad if they could run Goodyears on the front and Firestones on the back so they could keep both checks. Uncle Pete said if that auxiliary tank had held gasoline instead of alcohol, dad wouldn’t have survived the 1964 Milwaukee crash. Uncle Pete said dad was very fast and he was just playing games with Ward and Foyt that had the crowd on its feet. Uncle Pete was the first to him and helped put out the fire, but dad was critically burned. When dad made his return to racing, he drove that car to a fourth-place finish. After the Milwaukee accident, they pushed dad’s 1964 car aside and it sat untouched for almost 60 years. While not as successful as dad and Uncle Pete envisioned, it’s a car that forever changed my dad’s life.