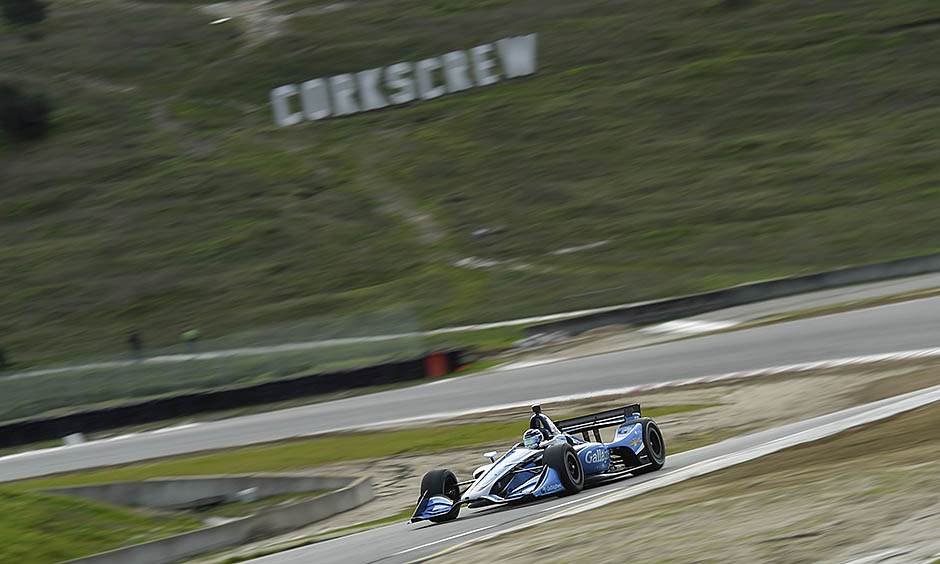 Rossi joined 20 other NTT IndyCar Series drivers (23 were scheduled but AJ Foyt Racing chose to sit out due to forecasted weather) for a one-day test at the 2.238-mile circuit on Feb. 8, which served as an unofficial kickoff to the 2019 season.
But Rossi wasn’t the only driver with pleasant memories at the track, which will host the season-ending Firestone Grand Prix of Monterey in September.
“We planned for (rain), so we took a chance and used all of our tires up,” said Chilton, who said his No. 59 Gallagher Chevrolet was among the fastest drivers at the test even though official times were not available.