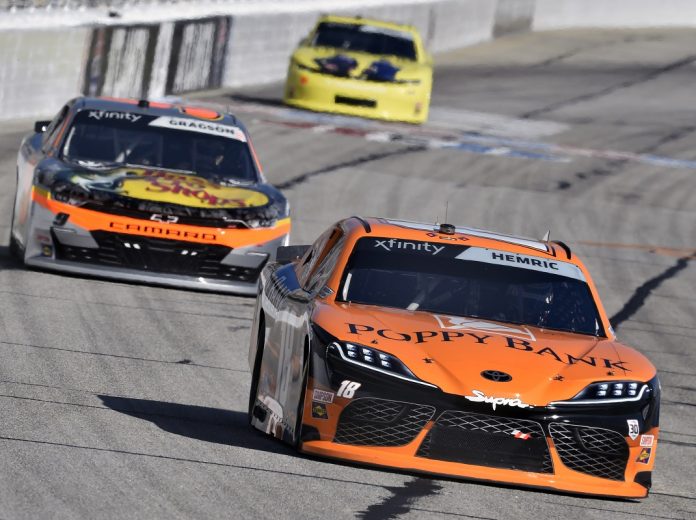 Tempers Flare, But No Penalties For Atlanta Scuffle

HAMPTON, Ga. – The battle for the win in Saturday’s EchoPark 250 may have come down to Justin Allgaier and Martin Truex Jr., but the battle everyone was talking about leaving Atlanta Motor Speedway was between Noah Gragson and Daniel Hemric. Gragson was called to the NASCAR Xfinity Series hauler to meet with series officials and discuss the incident. I backed up and yes, it messed up both of our pit stops. Pressed further if he believed Gragson’s move to back up into his car was intentional, Hemric offered an affirmative response. Punched a hole in the nose of our car,” Hemric noted. According to Miller, in the eyes of NASCAR’s officiating team, Gragson’s contact with Hemric’s car was not deliberate. 9 and 18 cars on pit road during Saturday night’s race at Atlanta Motor Speedway and met with Noah Gragson after the event.