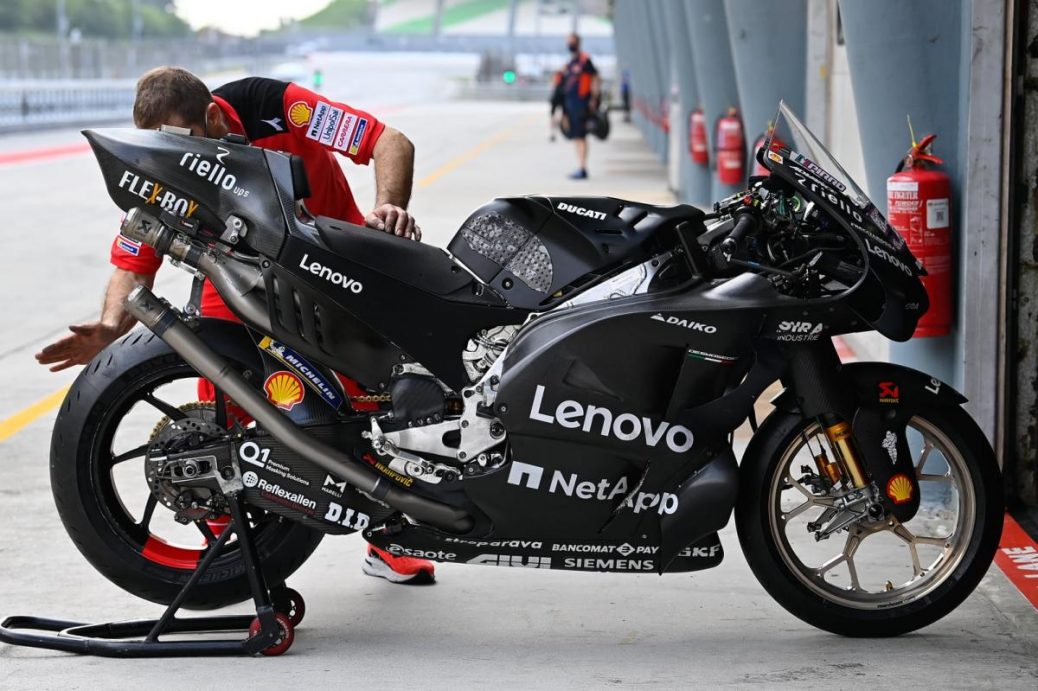 Ducati come into the 2022 season in the strongest position they have been for years, with their GP22 looking like it can bring home a first Riders’ Championship since 2007. And it also seems that the new didgeridoo exhaust was adding to the problem. This long exhaust comes from the front bank of cylinders on Ducati’s V4. But as with the longer didgeridoo exhaust, it also seems that the Ducati riders aren’t 100% convinced on the new update. But as the tests went on, there was talk that the Ducati was doing something strange with the front end of the bike coming out of the corner. From Ducati’s GP21 to GP22 there are quite a few changes, but over the Tests, we saw less and less of those new parts actually being used. After Ducati debuted their new set of exhausts, it seems likely that neither will be used.