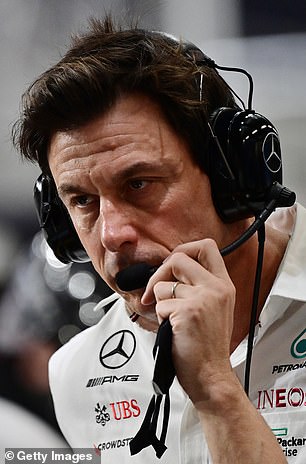 Team principals will NOT be able to speak to the race director next season, reveals F1 chief Ross Brawn after Toto Wolff and Christian Horner put the pressure on Michael Masi during the controversial Abu Dhabi Grand Prix

Ross Brawn, Formula 1’s managing director of motorsports, has revealed they will stop team principals from being able to speak to the race director during Grands Prix next season. As the chaos unfolded, Horner urged Masi to get the safety car off the track and restart the race as soon as possible to give Verstappen one final opportunity to pass Hamilton in the final lap. There was also conversations between Masi and Red Bull on the first lap of the race when Verstappen tried to cut in front of Hamilton, only to push the Mercedes driver off the track. At the October race, an issue with Lando Norris’ McLaren brought out the safety car, and a similar situation ensued in which Verstappen and Hamilton were 1-2, with back markers between them and just a few laps remaining. At that race, Masi said: ‘There’s a requirement in the sporting regulations to wave all the lapped cars past.’.