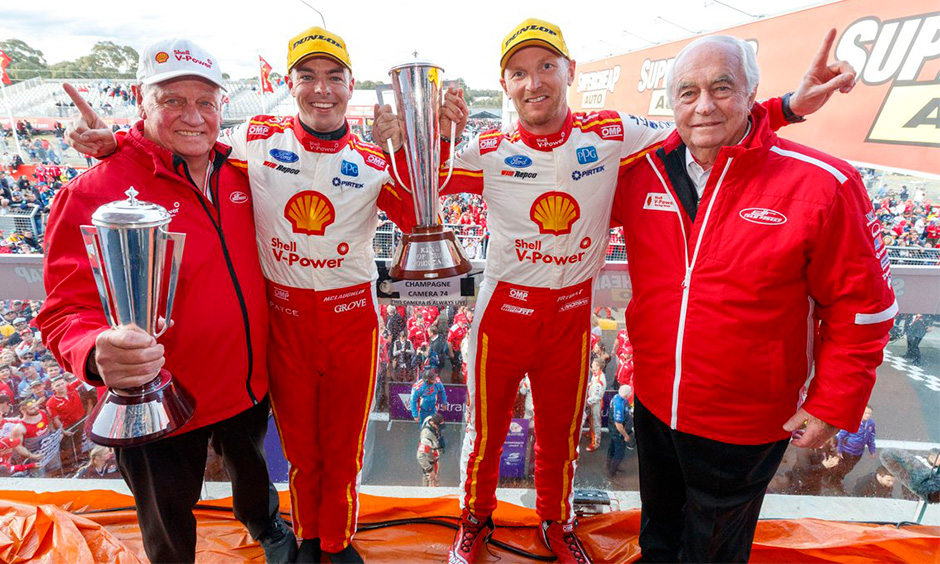 Team Penske added to what has been a spectacular 2019 racing season this weekend with its first victory in Australia’s prestigious Supercars race, the Bathurst 1000, and an IMSA season championship at Road Atlanta.
Also, Three Penske cars (drivers Brad Keselowski, Joey Logano and Ryan Blaney) remain in the hunt for the NASCAR season title.
With Pagenaud as the third driver, Team Penske sealed the team title in the Acura program’s second season in the WeatherTech SportsCar championship.
In Australia, Scott McLaughlin held on in a last-lap shootout to win Bathurst, making DJR Team Penske “Champions of the Mountain” at Mount Panorama.