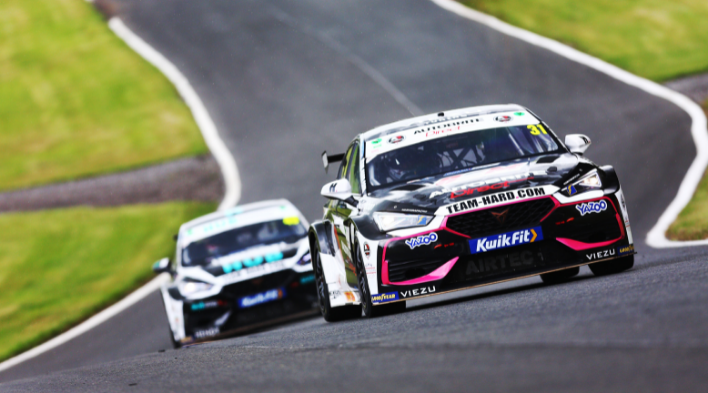 Racing complete nearly 250 laps of the Cheshire circuit over two days, as the Kwik Fit British Touring Car Championship squad notched up over 500 miles on track. Jack Goff said: “The two days were frustrating really because of the weather. “However, to be sat here saying we’re frustrated at ending the day in fourth on day one and sixth on day two shows how far we’ve come already with the CUPRA. The car felt pretty good, but it was just a shame that we couldn’t do a proper new tyre run on day two. James Gornall said: “I was very pleased with the two days.