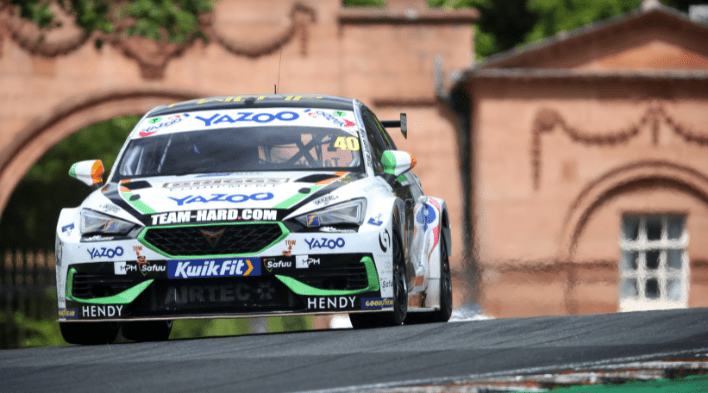 It was a mixed weekend during the latest rounds of the Kwik Fit British Touring Car Championship for Team HARD Racing as the five-car squad bagged a number of points-finishes whilst also enduring some bad luck at Oulton Park. “The team did an amazing job to get the car back out for race two,” he continued. “I settled down in race three to pick up 21st at the finish which was as good as it got. “Race three I started much further back due to the stall in race two and unfortunately, I was tagged which put me onto the grass and off the back of the pack by about five seconds. All in all, this shows that from the start of the season I am now able to close up on the pack and maintain my pace throughout the race due to not being in pain from my legs which is great. It was great to be fighting in the points for much of the race.