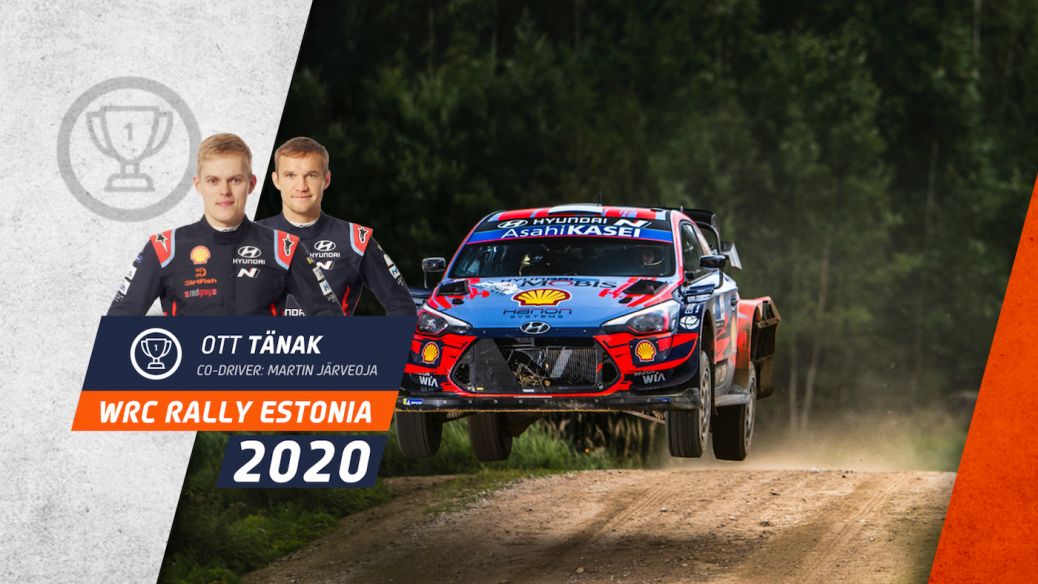 Ott Tänak survived a late scare to deliver a popular home victory at Estonia’s first-ever FIA World Rally Championship round on Sunday afternoon. He led most of the way to win the three-day gravel road Rally Estonia by 22.2sec in a Hyundai i20. Estonia was the 600th WRC round since the championship began in 1973 and marked the championship’s return after a six-month pause due to the Covid-19 pandemic. “To be in the bush and then bring it home, I’m happy to win with Hyundai for the first time,” he said. Tänak climbed to third in the championship, 13 points behind leader Sébastien Ogier.