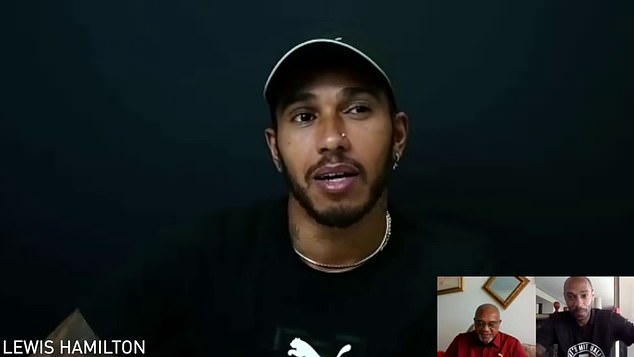 ‘Systemic racism is across the world… I experienced that a lot’: Lewis Hamilton explains obstacles of growing up in the UK and ‘white dominated’ F1 while Arsenal legend Thierry Henry recalls his shock after being called a ‘black s***’ on live TV