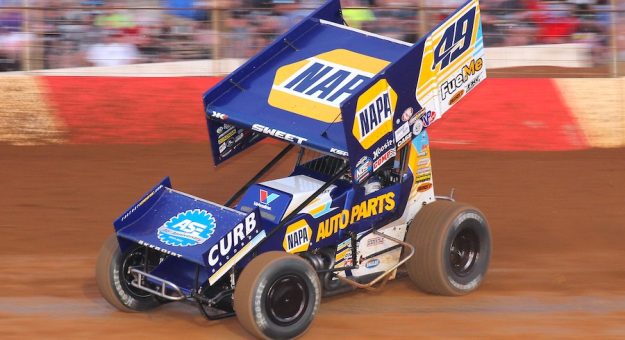 World of Outlaws NOS Energy Drink Sprint Car Series point leader Brad Sweet remains at the top of the National Sprint Car Rankings this week, as 29 drivers have now reached the 20-start plateau to be eligible for the national rankings. Sweet, who has won a single feature this season, has a national-best average finish of 5.708 in 24 starts. Anthony Macri, Brent Marks and Carson Macedo round out the top five in the national rankings. Macri, who won his 11th feature of the season Sunday at Path Valley Speedway, leads the Eastern region by 50 points over Dietrich. Five hundred and 98 different drivers have run a winged 410 sprint car feature this season.