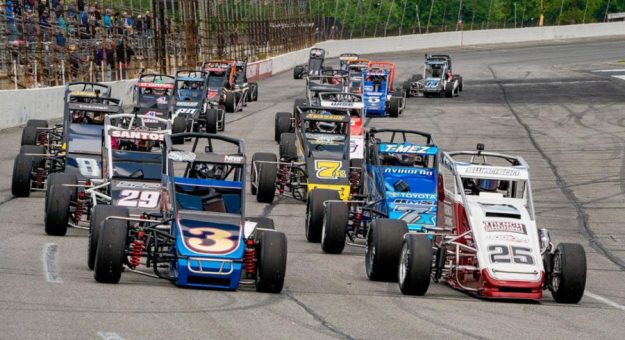 BROWNSBURG, Indiana — This Friday night, Kody Swanson has a shot at tying Triple Crown champion Tracy Hines as the all-time winningest USAC driver at Lucas Oil Indianapolis Raceway Park (IRP). Swanson will be competing in both the USAC Silver Crown division and the USAC Midget non-points special event, as part of the Brown’s Oil Service IRP pavement midget series. The 2010 NASCAR Modified king notched a third place in the 2021 Carb Night Classic midget feature. Tanner Swanson has shared honors as a midget winner with his brother, Kody, at IRP. The 156-time NASCAR Cup Series starter returned to midget racing during the 2021 Carb Night Classic, finishing seventh. Grant is returning to the fold after finishing fifth in the midget at the Carb Night Classic last year. More than 50 combined USAC Silver Crown and Brown’s Oil Service midget drivers are expected to compete in the Carb Night Classic.