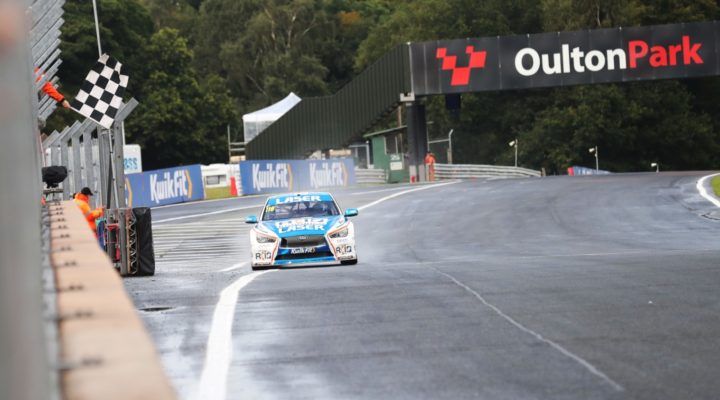 Laser Tools Racing’s Ash Sutton produced a dazzling display in wet conditions to storm from eighth on the grid to take victory in Round 8 of the Kwik Fit British Touring Car Championship at Oulton Park. Turkington and Cammish enjoyed a race long battle and they were briefly joined by Sutton, before the latter saw them off with a couple of impressive opportunistic moves. “I actually set my fastest lap of the race when Sutton was just behind me, but he reeled me in and I thought ‘that’s as good as I’ve got’,” responded Butcher. “It was quite a good race for me,” said Turkington. “The car was quicker than it had been in race one and I could sense quite early on that we had a bit more pace than Dan. 2020 Kwik Fit British Touring Car Championship – Race 2 – Oulton Park.