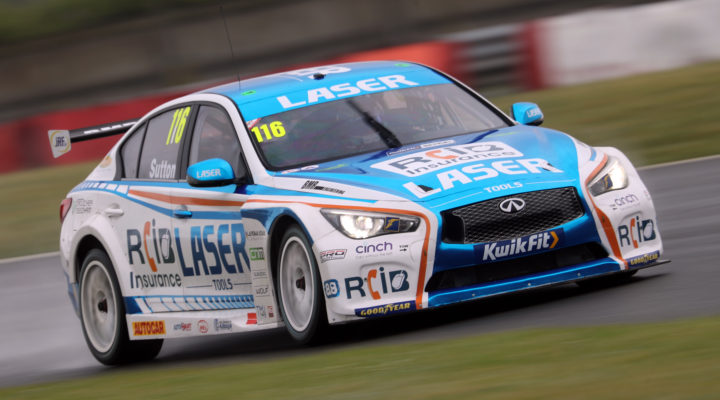 Sutton sets the pace in the FP2

Laser Tools Racing’s Ash Sutton set the quickest lap time during free practice 2 as the BTCC weekend at Knockhill continues to pick up pace. Tom Ingram’s season so far has largely been blighted by frustration and misfortune but there’s no denying the pace of the Toyota Corolla driver and car. Ingram claimed second in FP2 and his Toyota Gazoo Racing UK with Ginsters team believe a first victory of the season is in their sights. Excelr8 Motorsport’s Senna Proctor completed the top six positions with the Yorkshireman looking forward to his 100th BTCC race tomorrow afternoon. Hill’s morning lap time remains the quickest of the day so far, as the Kent driver focussed on longer race runs during the second session.