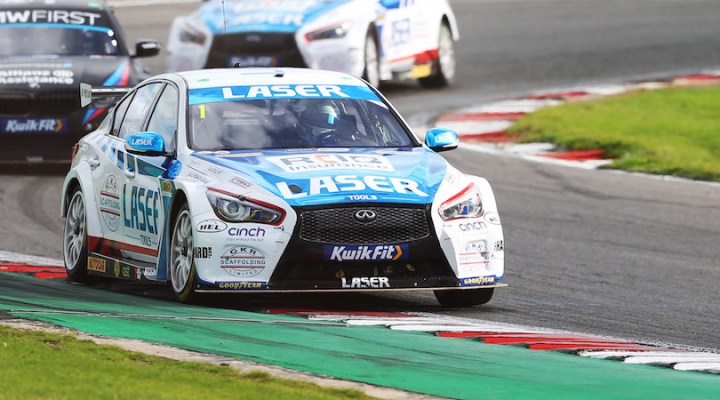 Laser Tools Racing’s Ash Sutton completed his 2021 Kwik Fit British Touring Car Championship title-winning campaign in style by taking victory in the final contest at Brands Hatch. The #1 Infiniti driver had already secured enough points in the second bout to become provisional champion, so with the pressure now off the 27-year-old blasted from fourth on the grid to take his fifth victory of the season. Halfords Yuasa Racing’s Dan Rowbottom made it hard for Sutton, before he had to fend off the charging Ginsters-backed Hyundai of Tom Ingram – completing the podium positions in the season finale around the 2.43-mile Grand Prix circuit.