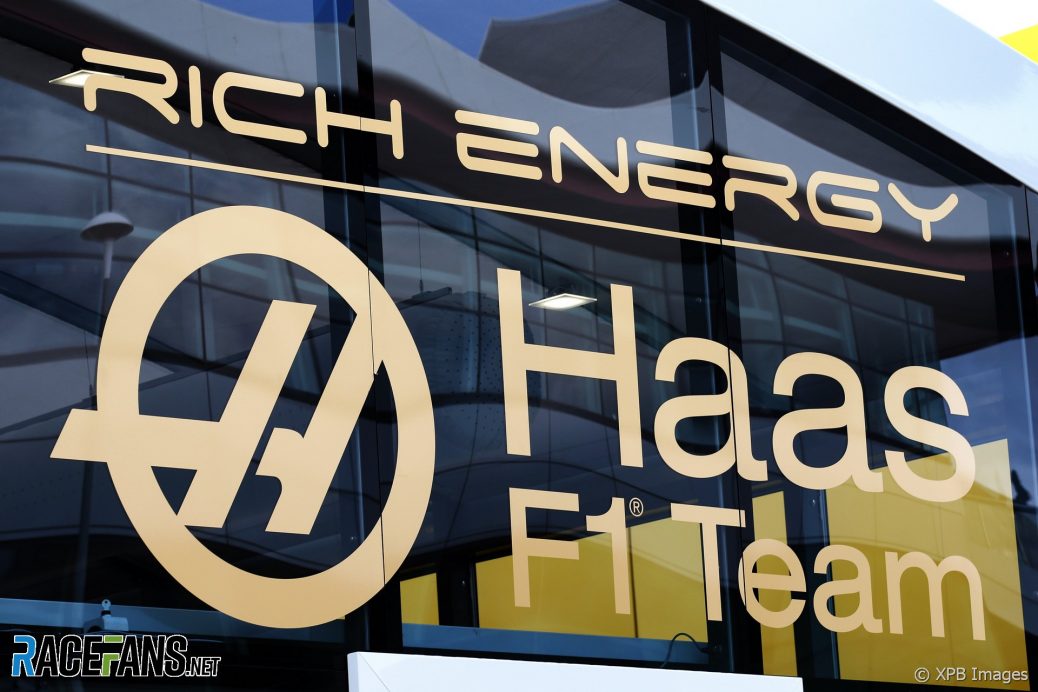 Haas team principal Guenther Steiner confirmed the team will keep running the logos of its title sponsor Rich Energy, who announced yesterday it was terminating the contract between the pair.
The team’s motorhome is bearing the Rich Energy logos at Silverstone today and Steiner confirmed they will remain on the cars too.
“I don’t want to put anybody in a difficult situation but I cannot say anything about it,” said Steiner, who issued a statement earlier today confirming Rich Energy remains the team’s title sponsor.
Rich Energy accused the team of “poor performance” when it announced the split.